For some time, I have been thinking about how the photogrammetry techniques I have learned link to the art world as a whole. The first obvious link is photography as it is both the foundation for photogrammetry and the outcomes are fairly similar. The big major difference to me is the inclusion of the third dimension. A photograph is traditionally 2 dimensional and with that comes a certain set of rules to do with balance and composition. The result of photogrammetry is something I would compare more to sculpture, so in this case, what would the real-life precedent be for capturing sculptural forms based on pre-existing objects?
Fortunately making sculptures from things that already exist, in itself already exists. 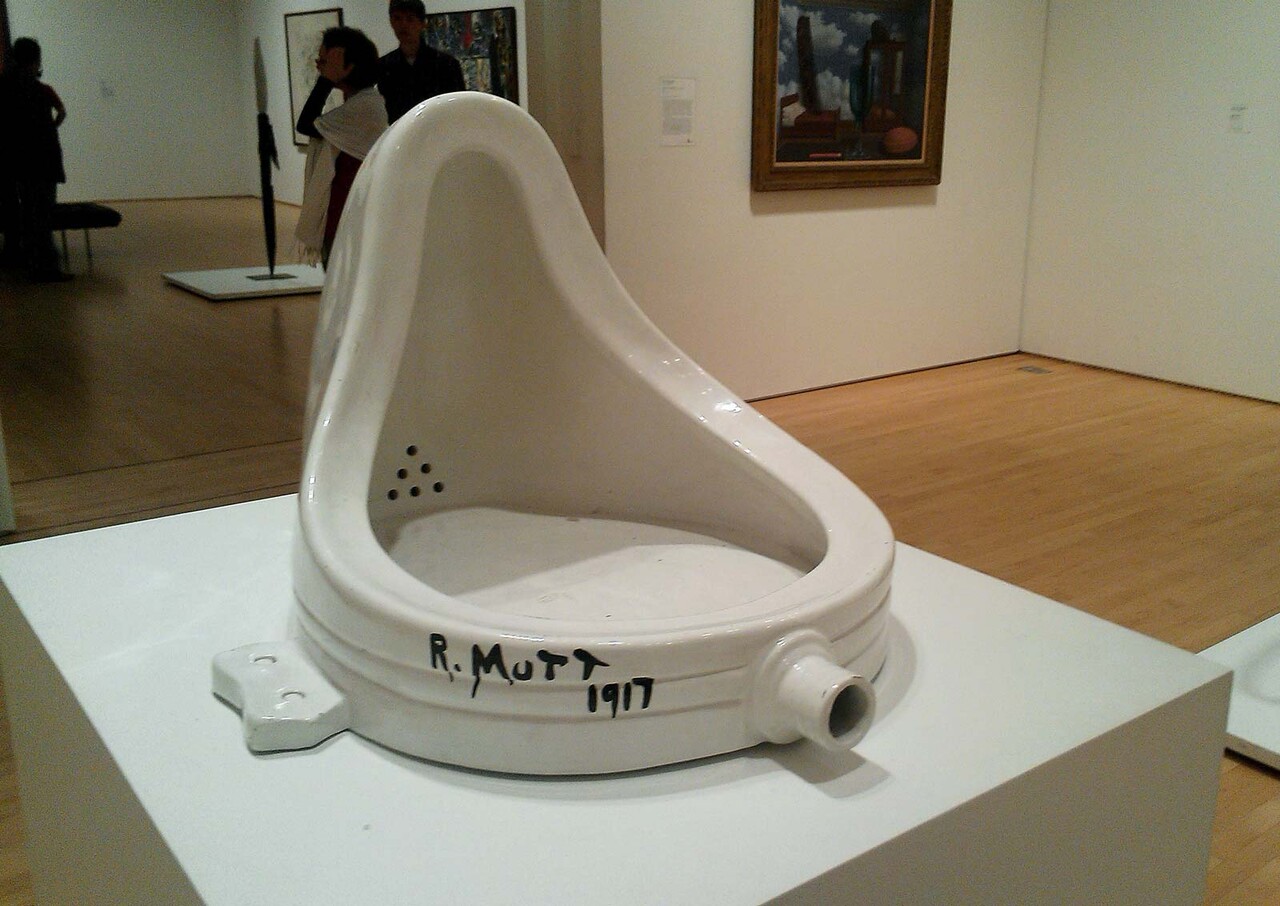 This is an art form known as "ready-made". a source of much contention in the art world, no doubt started as a means of rebellion against the traditions of old, grew to be an entire art form in its own right. The main premise is how in our arrogant and god-fearing days of antiquity, a certain level of prestige was assigned to the label of "Art" which even remains to this day.

Artists like Turner and Monet often pushed the boundaries of what could fit into this prestige and were met with criticism towards their departure from representation. Further down the line, this led to a lot of questions involving what "Art" actually means and whether to simply be labeled as art held any more intrinsic value than labeling something as a car or a pair of shoes.
These questions were at the heart of the Dada movement and Duchamp presented the above work, Fountain. this is obviously a mockery of the "anything is art" mindset, however, it set the bar to the point where now anything can be presented as an artwork for the public's adoration, or in most cases, disgust.
Personally, I would label anything an artist offers to the public as art, for better or worse. Freedom of expression comes hand in hand with our freedom of speech and all.  I don't see the simple classification of "art" or "not art" as either indicative of value, or up to anyone but the artist. While I would probably not spend much more than 20p going to see this display in person, I believe it certainly opened the doors up for later works such as the following : 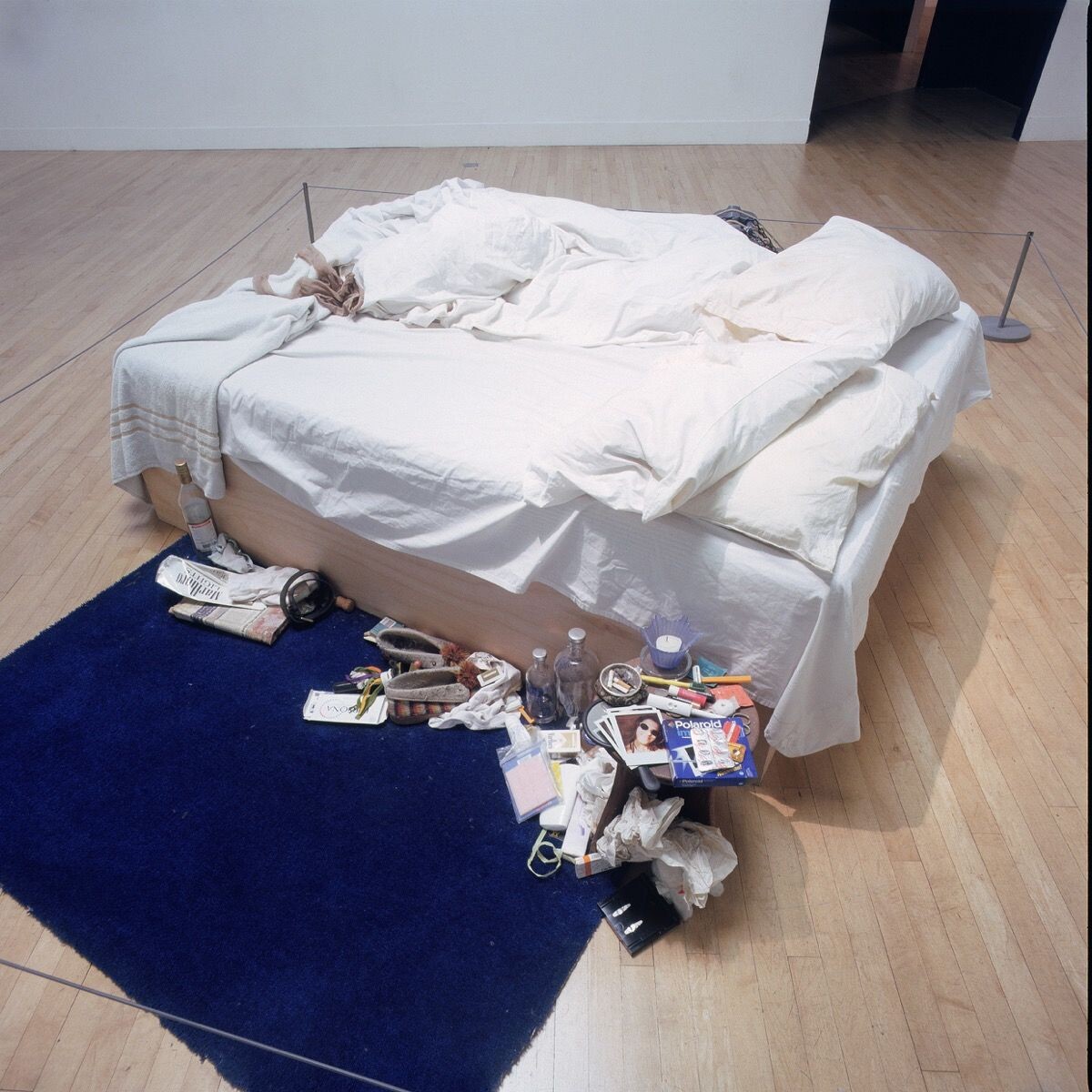 Another Highly contentious piece by artist Tracey Emin highlights the narrative opportunities held by everyday arrangements of items. while visually unimpressive, this piece offers a window into a person's life that no painting or photograph could accomplish. It makes you stop and think about your own surroundings, your own unmade bed, and think "what story does this tell?". I believe that given enough time a fairly educated guess could be made about a person you never met but have been in their room.
This narrative opportunity is something photogrammetry lends itself quite nicely to. Using the pre-existing world around us we can tell stories in a digital space.

below is a Lidar scan I have done of my room, I invite the reader to explore it and look for a story and information based on where i spend 95% of my time.

I have offered this reference in a previous blog, however, I would like to take the time to reference https://3d-marketing.captur3d.io/view/keller-williams-louisville-east/8800-blue-lick-rd this virtual tour of an old mafia fencing warehouse, once a Baptist church.

the amount of hours I have spent on this 3D tour is extensive, to say the least, and I would pin this on the storytelling potential I see in it. nothing within this tour is doctored, and it gives a true sense of urban exploration and dread. I would recommend exploring this tour yourself and looking to see what little stories your brain naturally starts naturally assigning to the experience.

One way photogrammetry can be compared to photography is its potential for "collage" style workflows. items captured in different places at different times can be bashed together and given the same lighting scheme. it offers a surreal and sometimes unsettling experience, yet still touches on the storytelling potential of the objects captured. the following prototype aims to use both ready-made ideas and 3D collaging in order to create a pseudo interactive collage.
https://jakehatt.github.io/