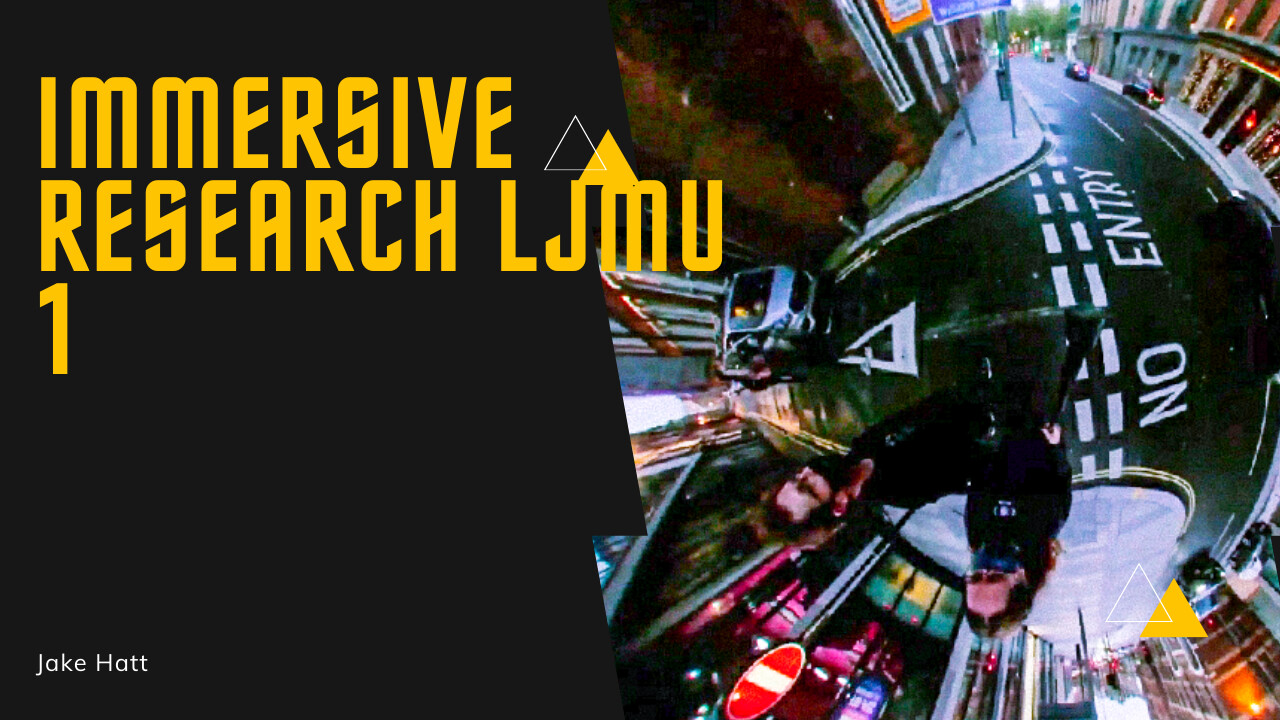 Today marks the end of the first week of lectures in Immersive arts. we have been instructed to start a research blog to document our journey through what we find interesting within the field, hopefully leading to a final project that ties into the research.

I'll start by laying out what in my understanding of what constitutes an Immersive work of art. To me, an immersive artwork would be one that the viewer feels a part of, a direct influencer on the outcome or journey witnessed within the work. To this end I would categorize most forms of play as an immersive experience, however, the "art" would be in the medium.

I wouldn't necceserally consider a game of football as an immersive artwork, however, a game of FIFA 2020 might be. In the opposite direction, I wouldn't consider the dreadful 2000 Film "Dungeons and Dragons" to be an immersive artwork, however, the tabletop counterpart, involving characters created by the players and lead on a story through the world of Dungeons and Dragons by a host to indeed be an immersive art. It involves an often improvised narrative given a sense of immersion through the player's imagination and our joint desire to tell stories. No two games are alike, It's totally dependant on every person in the room and their unique goals, senses of humor, and overall personalities. 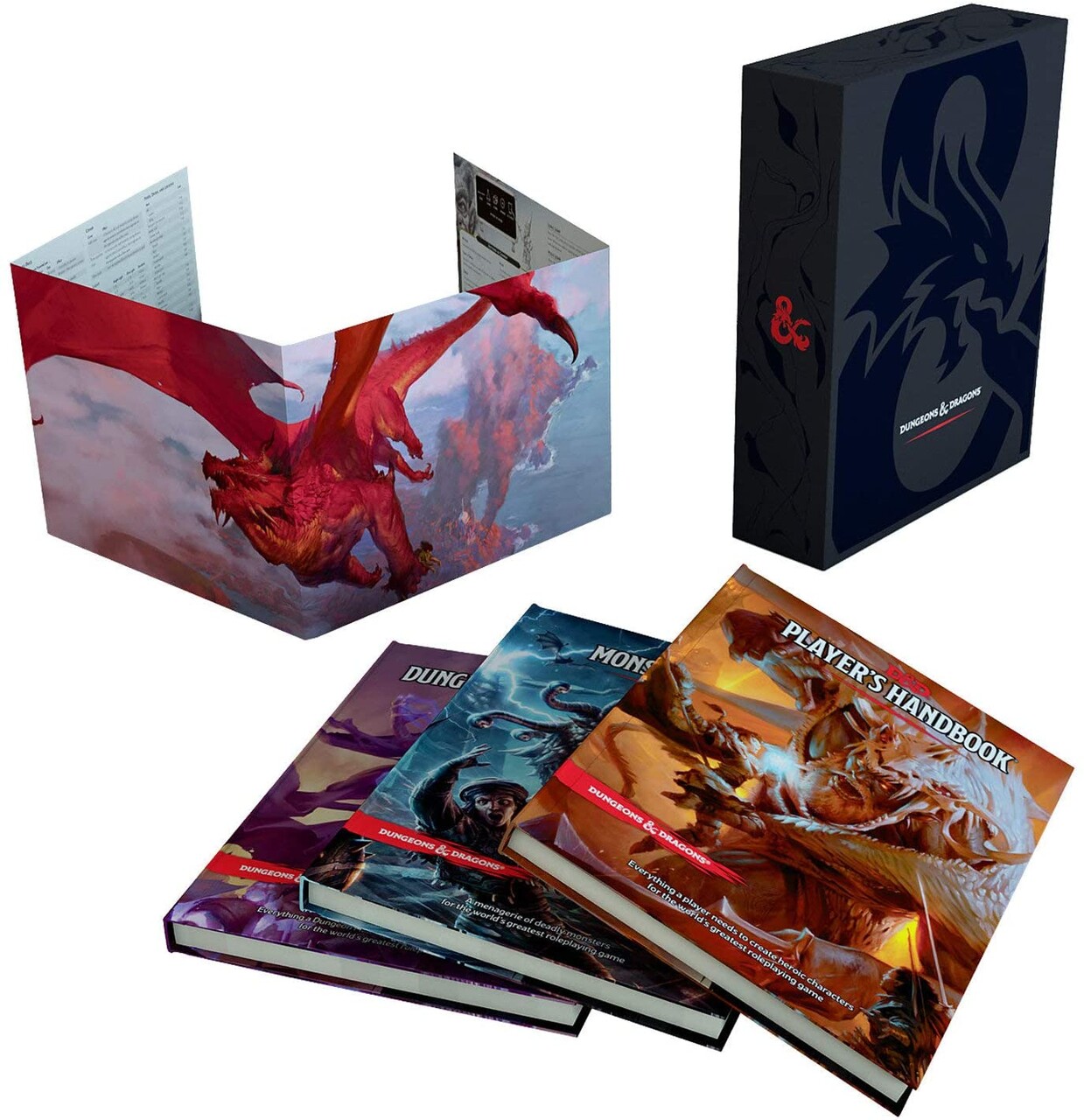 But art exists outside some dude's basement. the dungeon master can't be present for every patron's visit to the Tate, so what about works that are always accessible yet provide the same sense of taking part?

Allow me to introduce AI Dungeon; a game that uses artificial intelligence to create a narrative similar to how a human Dungeon Master would. Presentation-wise, it's basically a text-based adventure game, however, instead of being hit with an "I don't understand that" when presented with unfamiliar verbiage, the system tries its best to adapt to whatever is said. It also doesn't have a predefined structure, instead, it just tries to learn and alter the course of the story based on its database.

Naturally with the nature of AI, there are some certain discrepancies with the logic, like how the diplomats get away from the player character in the carriage that he is hiding in. This doesn't really ruin the overall experience, however, something about a world in which anything you can imagine can happen is so appealing to us as humans that the dodgy AI and the text-based limitations kind of melt away into almost an imagination assistant.

Another important facet of Immersive art and storytelling is the technological group known as XR. this incorporates VR MR and AR, technologies that in some way try to fool our perceptions of reality to incorporate some digital element. The viewer is immersed in the art as their mind perceives the digital to be real. This blending of the digital world and the real world is becoming more and more prevalent and is most commonly found in apps on our phones, VR headsets in our games, and displays in our everyday life. 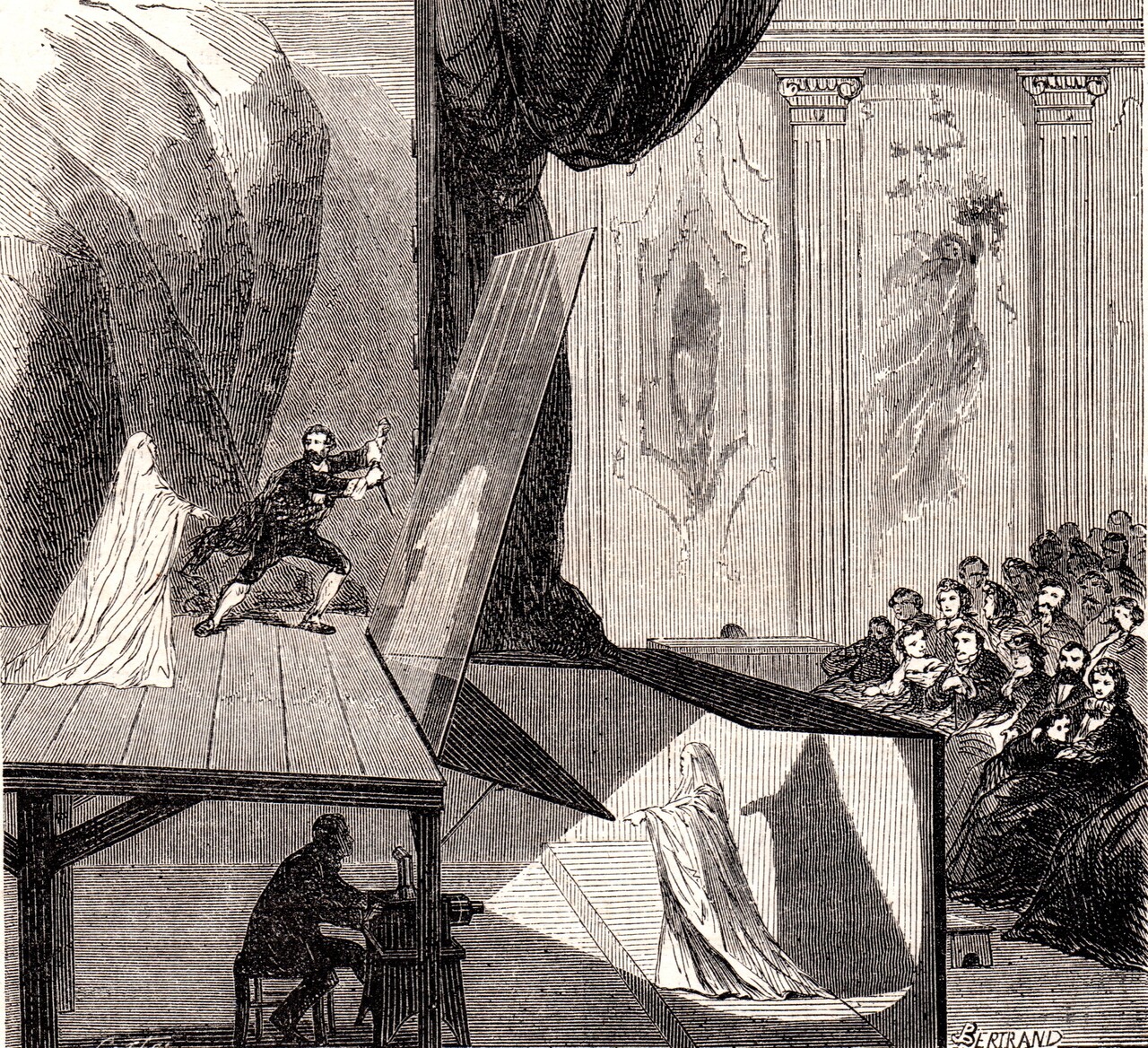 During my research before this course, I found out about a technique known as Pepper's Ghost. To explain it simply, shadows do not reflect as they are not the result of a ray, they are the absence of light rays. Light does reflect and bounces around freely, therefore a "hologram" display can be made with a projector and a plane of glass or reflective transparent plastic.

This is what we saw at the 2012 Coachella performance featuring Tupac and Snoop Dogg on the same stage 16 years after Tupac's death.


A recent example of this sort of fake hologram that I can think of occurred when I left Leicester and me and my friends spent my last day there at the National Space Center. Of all the crazy interesting stuff going on there, there were some really cool hologram displays that caught my eye. they can be seen here. I found this fascinating and whats worse is I have no idea how this works. I couldn't find a projector anywhere and I spent around 10 minutes looking. What's so cool about it to me is how it brings home the space age while actually functionally depicting how these tools work with the animations.

One thing I have been thinking about doing as a final project is something to do with a "smart mirror", basically these mirrors people build from special one way mirrored materials that have a built-in display hooked up to a raspberry PI. The idea is the first thing you see in the morning when you brush your teeth is now also a display for all sorts of useful information. I think it would be cool to combine this sort of technology with an XBOX Kinect to create these virtual 3D spaces within a mirror. It could be a great format for a story about the modern age of digital vanity.

Hopefully, this gives a solid idea of what I know and find interesting, I hope for this course to teach me the necessary tools to get really creative within this field.